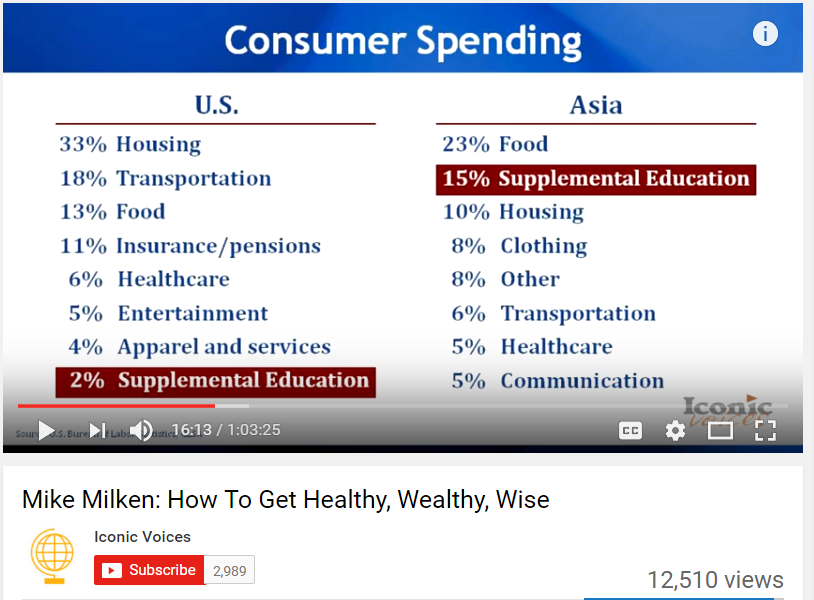 One of my favorite things to listen to in the background are interviews with influencers that occasionally say something to get me thinking about something I might not otherwise have thought of.  Today I happened to be listening to a 2015 interview of Michael Milken with ASU Professor Jeff Cunningham.

Among other things, I was surprised to hear the following statistics:

I haven’t checked the source or methodology of these statistics, but the food vs. housing numbers are probably not typical of most residents of cities like Hong Kong, and the 11% Americans put to insurance and pensions was not balanced by the large private savings rates in many Asian countries, large shares of which are “invested” in insurance policies (a habit I critique in this post).  Here is the stats slide:

… and here is the whole video: