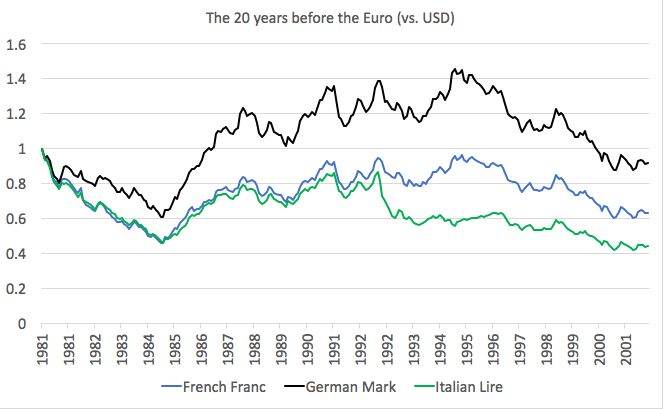 Here is a chart of how the three currencies trended in the 20 years before the Euro:

2 thoughts on “How different were the German Mark, French Franc, and Italian Lire before the Euro?”