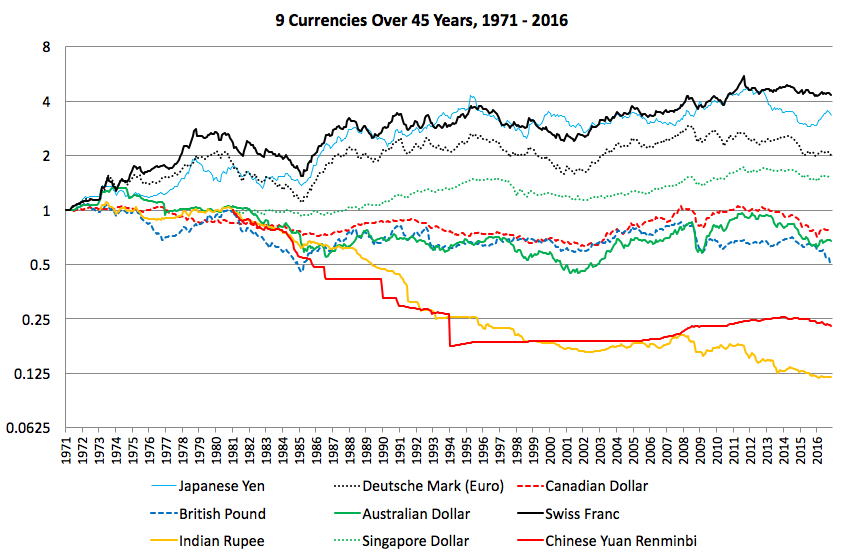 This is one of my favorite charts to update and post every now and again, showing the long-term view of how many different currencies have appreciated or depreciated over time.  I even used to have a version of this chart on the back of my business card as a conversation starter.

In the short term, currencies rates fluctuate, and I generally consider FX trading one of the more difficult financial markets in which to try and make money.  The the long term however, I find currencies fall into one of three trend categories:

The British Pound I think could be considered either a mean reverter or a long-term decliner, and I generally hold the latter view with the expectation that the Pound should settle around parity with the dollar over the next decade.