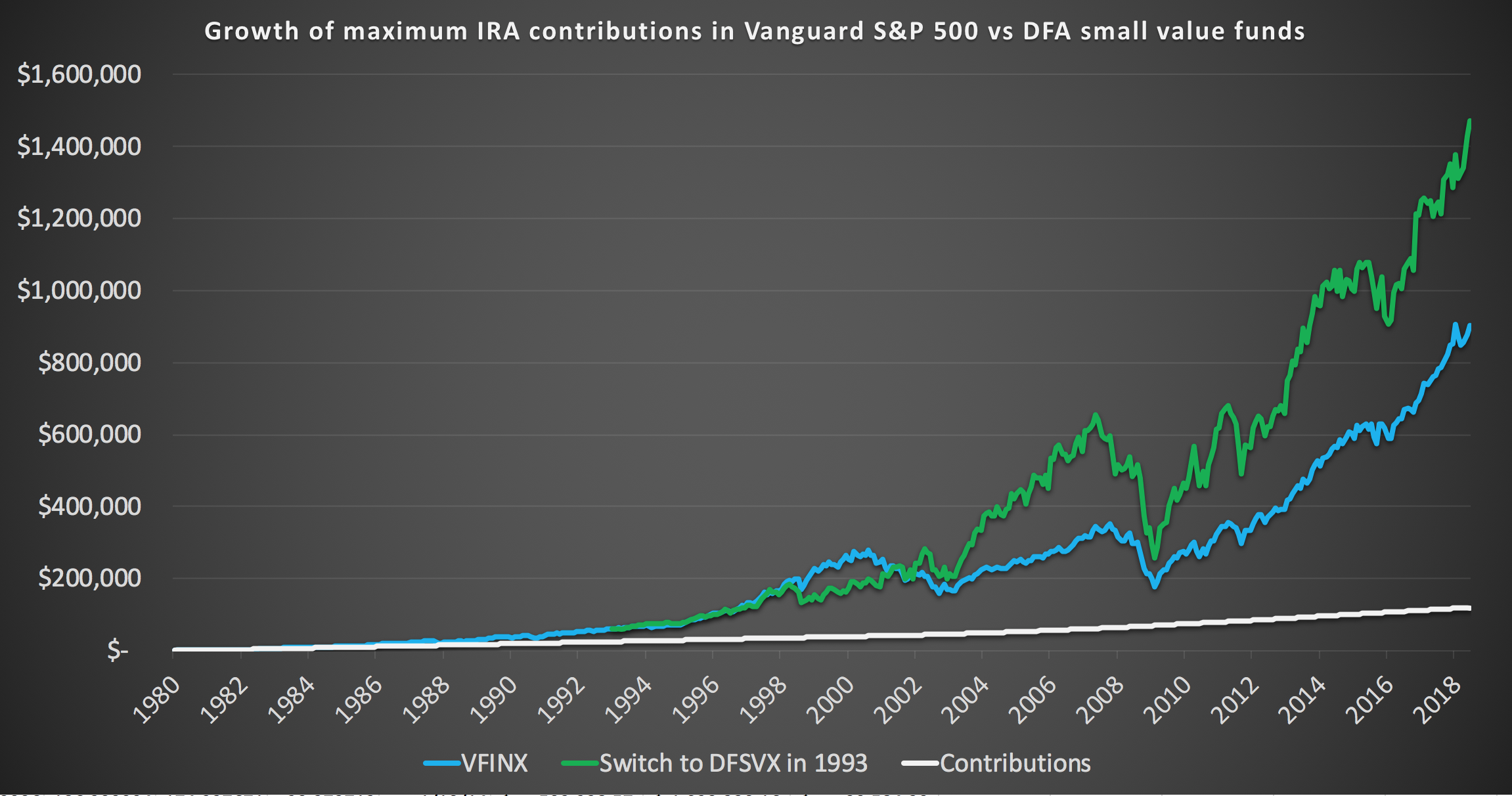 One of the biggest complaints I hear about US Individual Retirement Accounts (IRAs) is that the maximum contribution limits are too low and not worth the hassle.  As an illustration of how saving regularly in an IRA can be very much worth the hassle, I thought it would be worth showing how the low maximum amounts investing in an IRA into actual mutual funds would have added up to over $1,000,000 by the time the saver reached the age of 59 1/2 when the funds could be first withdrawn.

IRA accounts were first established by the Employee Retirement Income Security Act of 1974 (ERISA), and governed Americans’ retirement accounts starting on January 1st, 1975.  A young employee starting a career at the age of 22 that year would turn 65 this year in 2018, just shy of the full retirement age that was traditionally 65 for Social Security, but beyond the age 59 1/2 when IRA accounts can start to be withdrawn without penalty.  Because it was easier to get mutual fund data going back to 1980, and because I wanted to show how much could be accumulated up to the “early retirement” age of 59 1/2, I’m starting the below calculation in 1980.

The maximum amount a worker could contribute to an IRA was $1,500/year from 1975-1981, then gradually increased to $5,500/year today for a worker under 50, and $6,500/year for workers 50 and older.  Assuming each of these maximum annual contributions were split into equal monthly contributions into the Vanguard S&P 500 index fund, which would have grown to about $900,000 by now (blue line).  If investments were switched into the DFA Small Cap Value fund when that fund launched in 1993, the IRA account would have grown to over $1,400,000 over the same period (green line).  DFA funds are available in our HSA and 529 plans, and I have written in this earlier post how buying smaller, cheaper stocks tends to outperform buying larger growth stocks.

For Hong Kong, I wrote a similar illustration on how to have $1,000,000 in MPF by age 40 with relatively low monthly contributions into those plans.