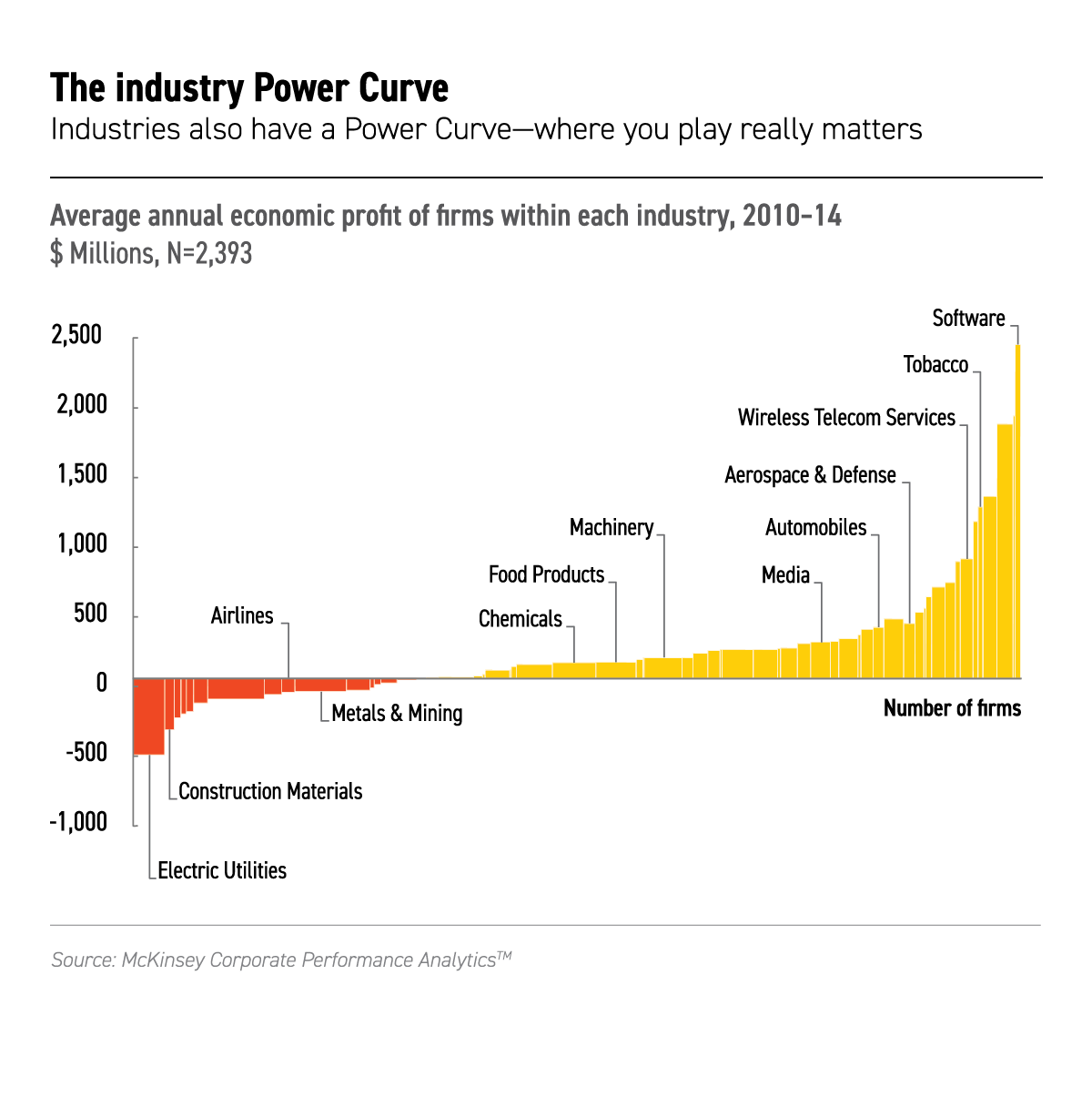 One of the concepts in academic economics which seems to obviously false in the real world is the idea that firms in a competitive market will earn “economic profits” of zero. An oversimplified version of that would be to say that after subtracting out all economic costs, including opportunity costs, there is no advantage of investing in one business over another, as any advantages or premiums would have been competed away. This idea seems to go hand in hand with the efficient market hypothesis, which in turn feeds the idea that investors can’t “beat the market” and should instead simply buy low cost, cap-weighted index funds.

The chart below from this McKinsey post seems to contradict this, showing that some industries have indeed earned significant economic profits (as they measure it) or incurred economic losses over this period. I have long understood that industries like airlines, which require tremendous amounts of capital, but have almost zero pricing power given intense competition, tend to make worse investments than industries like tobacco, where margins are huge and brands are stickier. Of course, this only translates into differences in investment returns when investors are too eager to put capital into airlines and too reluctant to invest in tobacco, relative to each sector’s actual economic profit prospects.

Thanks to this tweet for pointing me to this chart.

I have also posted charts of sector performance here and in the following four posts: