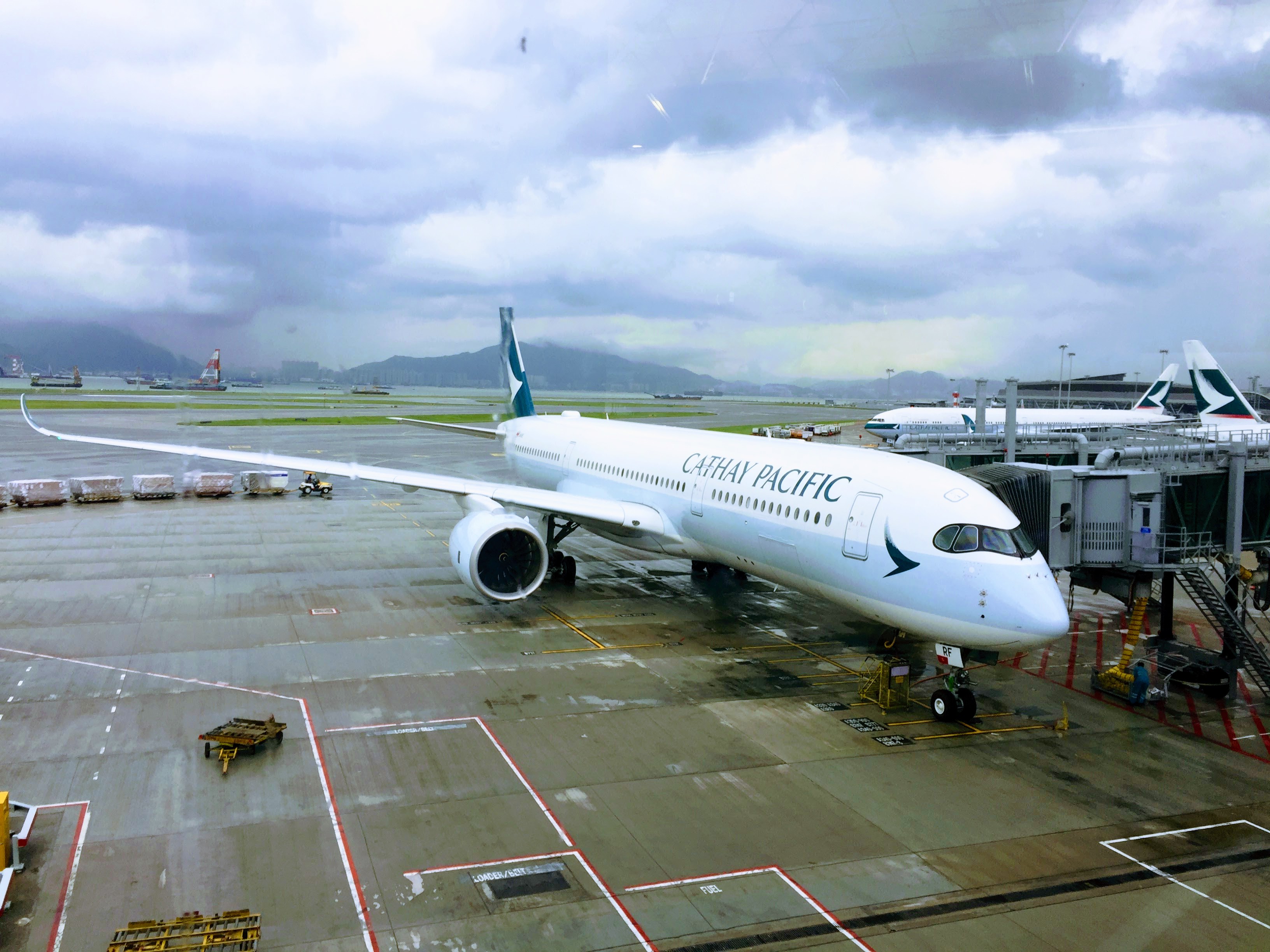 The Hang Seng index has changed dramatically over the past two decades, from being a Hong Kong specific benchmark of 30 of the city’s own blue-chips to an expanded list of 50 names now made up mostly of mainland Chinese companies whose stocks are listed and traded in Hong Kong.  Cathay’s drop seemed to be a far more emotional one than most for most people I spoke to here in Hong Kong, perhaps not least because the two incoming companies are Country Garden (a mainland Chinese property developer) and Sunny Optical (a maker of smartphone camera lenses).  Back in February, I noted the replacement of Li & Fung and Tsingdao with Geely Auto and PSBoC.  As of July, I also noted that Cathay was no longer in the top 100 of top dividend payers in Hong Kong.

Although the SCMP’s title noted that this move meant the flag carrier airline might no longer be considered a blue chip, as far as I can remember or find, no airline has ever been a member of the Dow Jones Industrial Average (airlines get a separate blue chip index called the “Dow Transports“, which used to be mostly railroads), and the EuroSTOXX 50 also does not contain any airlines, though the Dow and EuroSTOXX do contain Boeing and Airbus respectively.

Perhaps what most triggers rivalry from this move is the far more secure place of Singapore Airlines (SGX: C6L), currently 1.8% by weight of the 30 components of the FTSE Straits Times Index, which is dominated by Singapore’s three big banks, but no big influx of mainland Chinese or Malaysian companies, at least not yet.