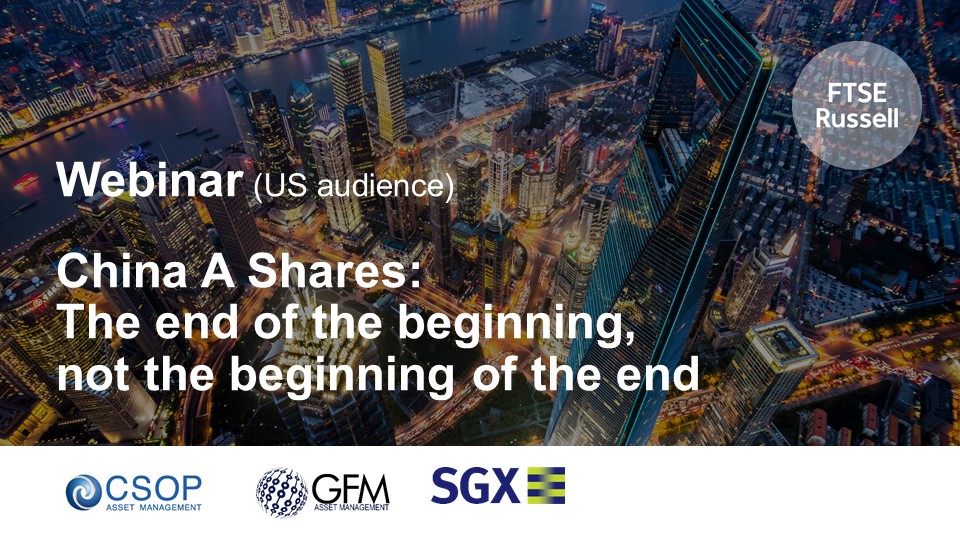 20 years ago, Shanghai and Shenzhen had both developed small but growing “A-share” markets that were only open to local Chinese citizens. Foreigners were limited to investing in a small number foreign currency denominated “B-shares” there, or in the slowly developing alphabet soup of “H-shares”, “P-chips”, “Red chips”, and “N-shares” increasingly listed in Hong Kong and New York.

10 years ago, the China A-share market had been open to a limited to a small number of large “qualified foreign institutional investors” (QFIIs) with quotas on how much they could convert into RMB and invest in A-shares.

5 years ago, doors to the China A-share market were opened to most investors with a Hong Kong brokerage account through the first of two stock connect programs between Hong Kong and the Mainland (Shanghai in 2014, Shenzhen in 2016).

These steps paved the way for the monumental move last year by MSCI to include China A-shares in their global index benchmarks, which now basically requires many large asset managers and pension funds to allocate a portion of your funds to China A-shares. This is happening gradually, but China’s stock market is already too big and too important for most investors to ignore. Over those past 30 years, China has grown into the world’s 2nd largest economy (first largest, if you count “stuff” instead of “dollar value”), and China now has the world’s 2nd largest stock market, having surpassed Japan and the whole European Union over the past decade.

Next week, I am proud to be co-presenting a webinar with fellow A-share experts FTSERussell, CSOP, and SGX on the China A-share market and its next stage in global markets. Please contact me if you are a professional or institutional investor and would like an invitation.