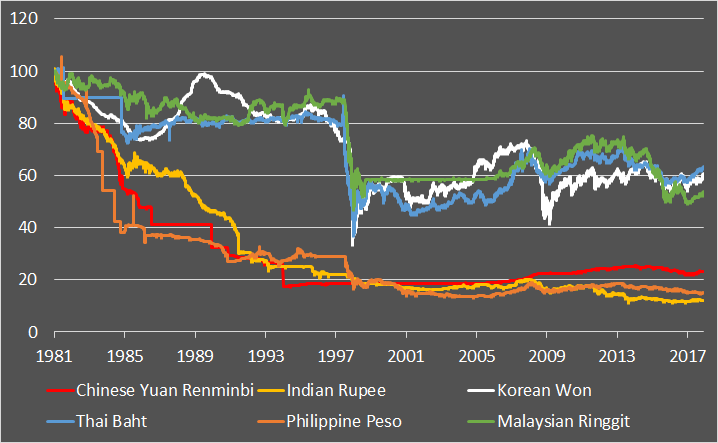 Following part 1 and part 2 of this series “Currencies for the long run”, here is a chart showing the long-term trend since 1980 of 6 major Asian currencies: The Chinese Yuan Renminbi, Indian Rupee, Philippine Peso, Thai Baht, Malaysian Ringgit, and South Korean Won.  As the previous two posts showed different trends in relatively stable vs appreciating currencies, even these six currencies show a difference between the latter three which have been mostly stable outside the 1997 Asian Financial Crisis, versus the much steeper depreciation of the former three.  Most surprising to more recent followers of Asia is how recent the Chinese currency’s reputation as a stable currency is.