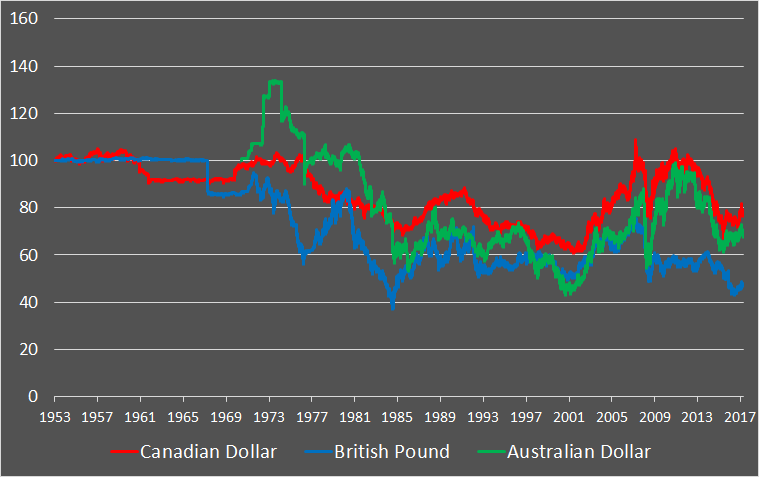 This is the first of three posts titled “Currencies for the Long Run”, in which I post a chart summarizing how three different types of currencies have gone up and down against the US dollar over the past several decades.  This first one is the longest of the three, going back to the earliest exchange rates published by the Bank of International Settlements since 1953, what what I call the “ABC” currencies: the Australian Dollar, the British Pound, and the Canadian Dollar.  These currencies have been relatively stable and range bound over long periods of time, though still showing a moderate long-term depreciation trend against the dollar which is more pronounced in the pound than in the other two dollar-named currencies.