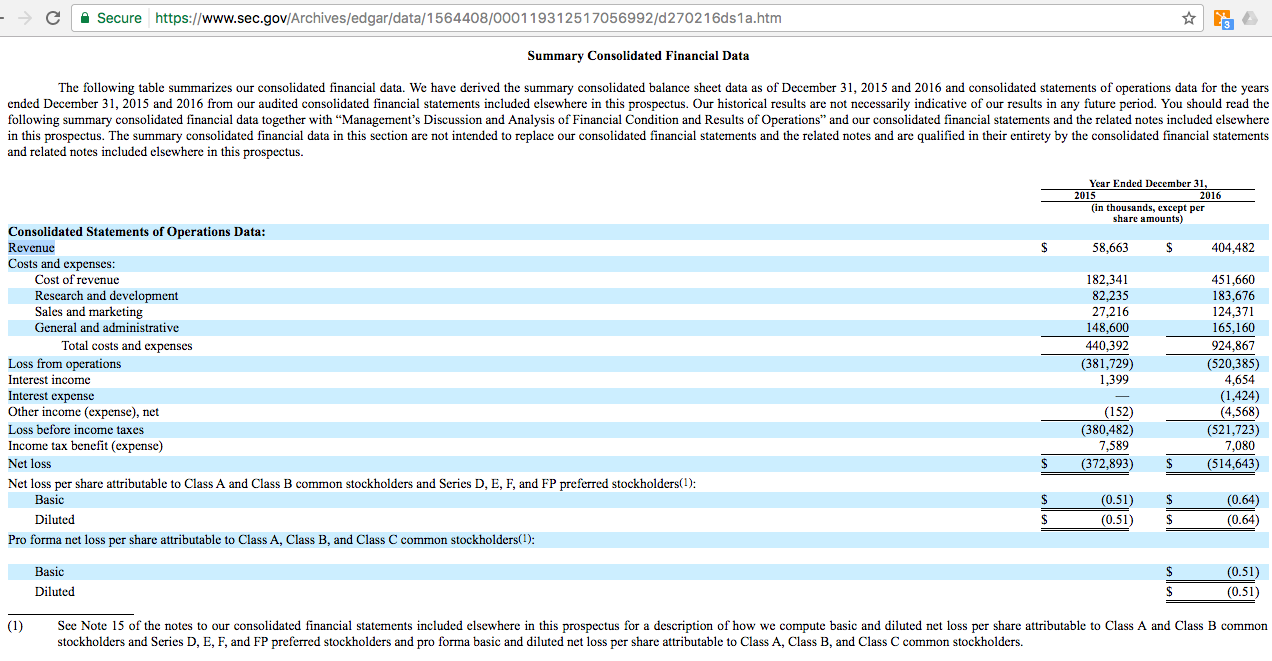 IPOs like Snapchat (formally Snap Inc, NYSE ticker: SNAP) are sexy, and I often say when investments are sexy, you are likely paying too much.  That’s why instead of pretty pictures of Snapchat glasses, disappearing images of rainbow vomit, or even their logo, I made the featured image of this post Snapchat’s income statement reported on their share offering document.  Here are 3 reasons we’re not buying the Snapchat IPO, are likely to not even look at buying SNAP shares this year: